The Right ideas to protect your car 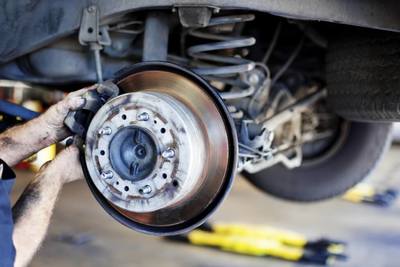 State Inspections by the Numbers

What a vehicle safety inspection entails varies by state, but here are a few specific examples:

State, vehicle inspectors of cars and light trucks check out:

Windshield and other glass

, an inspection costs between $10 and $18 (with no additional tax), and vehicle

Mirrors, outside and inside rearview

Windshields (interestingly, small amounts of damage is permitted—see the link for details) and other windows

What Could Happen If You Don’t Get Your Car Inspected?

For drivers in states that require inspections, complying with the rules essentially amounts to avoiding fines and ensuring you’re driving legally. To buy, sell, or register your vehicle in these states, you’ll need to have an up-to-date inspection. Next, not having an up-to-date inspection almost guarantees you’ll get a ticket: if you’re stopped by law enforcement for any type of moving violation (or you’re in a wreck), they can give you a ticket for lapsed inspection. Also, if you park on the street and or travel anywhere even remotely urban where police often cruise and traffic cops issue parking fines, a lapsed inspection is likely to earn you a hefty fine almost immediately after your current inspection expires, and another one each day until you update your inspection. In many states, vehicle inspection stickers displayed on the windshield vary in color from year to year, making it quite easy for a police officer to spot a lapsed inspection even from a distance.

The argument for periodic vehicle inspections from governmental agencies and licensed mechanics conducting inspections is often similar to that of Bo Malachi, mechanic and owner of an auto shop in Pennsylvania. “People don’t do anything until they have to. Without state inspections, you’d have junk on the road,” Malachi told Trib Live. Inspections save drivers from themselves and help keep people safe, those in favor of vehicle safety inspections argue.

Why Some States Do Not Require Vehicle Safety Inspections

While all of the above makes logical sense—state-run vehicle inspections ensure each car registered in the state meets certain minimum requirements for both operation and physical condition of the vehicle—the majority of states don’t have such regulations in place. Why not?

If something isn’t a law in a state, it means the majority of lawmakers and voters didn’t think it was necessary for their safety and wellbeing. If lawmakers in states that require periodic inspections believe they keep everyone on the road safer, it stands to reason that lawmakers in states not requiring them don’t think they keep their constituents safer.

The flip side of the debate is that inspections are a costly waste of time that essentially amount to revenue for the state and business for the inspectors. In Pennsylvania, for instance, drivers spend over $600 million each year fulfilling the annual inspection requirements, reports Trib Live. State Senator John Wozniak believes vehicle inspections make people feel safer but doesn’t think they need to happen every year. He has introduced legislation meant to space them farther apart, but has been unsuccessful so far. Wozniak has said that crash rates don’t differ much in states with periodic inspections as compared to states without inspections: “One reason fatality rates don’t correlate with safety inspections is that most accidents don’t involve mechanical failure, according to several studies.”

Austin’s KVUE team recently conducted a four-part investigative series titled, “Inspecting the Inspectors,” in which they examined how effective state inspections are at keeping drivers safe, as well as how well the system is currently working. They found evidence of improperly performed inspections, corruption, and misuse of funds.

“Over the past three years, law enforcement busted at least 126 inspection shops after it found inspectors illegally passing vehicles for cash,” KVUE reported. Investigators also found that shops offering state-licensed inspections were more likely to fail vehicles if they sold the parts to fix the problem–not damning evidence in and of itself, but it bolsters the idea that state inspections benefit more than just drivers on the road. Repair shops benefit, too, and not just from selling replacement parts. KVUE reported on one garage owner who conducted 2,813 inspections over three years and didn’t fail a single-vehicle. The garage owner made $40 per inspection.

Money from state inspections and emissions tests are meant to go certain places (where, precisely, differs by state and city). In Texas, funds from emissions tests during inspections are meant to go to the Low-Income Repair and Replacement Assistant Program (LIRAP), which helps low-income drivers fix their vehicles so they can meet minimum state requirements, says KVUE. However, KVUE found that only 28 percent of collected funds went to drivers in need, while the rest, “went back into the state’s general fund.” Again, no one piece of evidence proves inspections are a sham or that they are useless, but just as with missing paperwork and 100 percent pass rates, it points to a bigger story of what inspections do, which in many cases, seems to be providing funding to the state. 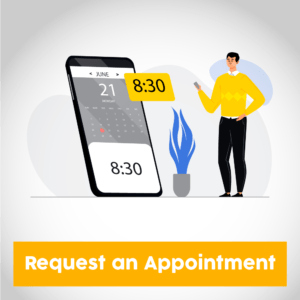